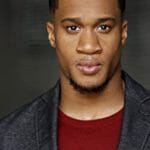 With a fiery drive for being on screen, Collins Uzowulu is a self proclaimed actor. Uzowulu has an arsenal of short films that he's written and/or produced on his own that has built him a personal following- along with the attentions of other filmmakers. His goal is to simply excel at embodying each of his characters and placing them in a reality. While relentlessly pursuing his career, Collins Uzowulu will continue to build his own path until he finds his way to the big screen one way or another, God willing.

More Details
Popcorn Trailer integrates with Cookie Notice. For the best user experience, please accept the use of cookies on our website.AcceptNoPrivacy Policy
You can revoke your cookie consent any time using the Opt Out button.Cookie Settings