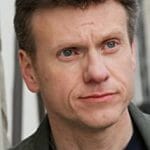 Paul D Morgan is an actor, voice-over talent, writer, producer, musician and entrepreneur. Morgan began his career originally working behind the microphone while attending Columbia College in Chicago on an academic scholarship for broadcasting and sound engineering. He was given his first break by the late broadcaster and producer Richard Pegue who cast Morgan's voice in a series of radio commercials for an insurance company, which brought his voice to the attention of Chicago based ad man and producer Joel G. Cohen who put Morgan's voice in a series of commercials for a clothing store. Soon after, Morgan, at age 19, was doing voice-over work at studios in Chicago. A few months later, he was on the radio in Chicago. Various stints over the next 25 years as an on-air talent, production and imaging director in various radio formats including Classic Rock, Adult Contemporary and News/Talk. In 2007, Morgan began acting, writing and producing. He left radio but continued on with voice-over work and imaging for radio and television stations across the country, as well as starting to build his acting resume. When he's not working, Morgan can be found with his girlfriend Sarah and their dog, a Siberian Husky Nanook. Paul D. Morgan Paul D Morgan